The construction of the house could be made stress-free if a good contractor is hired. Contracts are usually categorized according to the type of payment but can be tailored to incorporate common elements from several different contract types labor contract and contract which includes the cost of materials and labor wages.

1. LABOR CONTRACT
In this type of contract it is the responsibility of the owner to purchase the construction materials like cement, iron rods, blocks, mettle, sand etc. and transport it to the construction site.

Daily Wages : The wages of the main workers and helpers on site can be given either at the end of a day or week.

Labor contract based on the area of the house in square feet : The wages have to be decided on the basis of square feet of the area.

Labor contract according to the cost of the piece work : After each stage of construction, the wages would be determined by measuring the area in cubic feet/square feet/running feet.

2. Contractor with cost of material labor wages.
The type of includes the cost of the construction materials as per the specifications and labor wages determined according to it.

Contract based on wages for piece work : When each stage of the construction gets over, the due could be settled after determining the wages and cost of the construction materials according to the area in cubic feet/square feet/running feet. However the owner has to pay regular visits to the construction site to see that the works are done properly as per the terms and conditions in the contract. 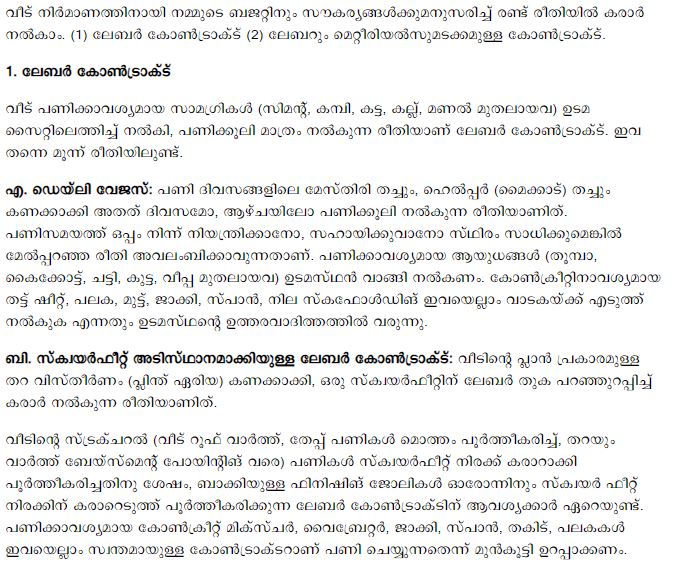 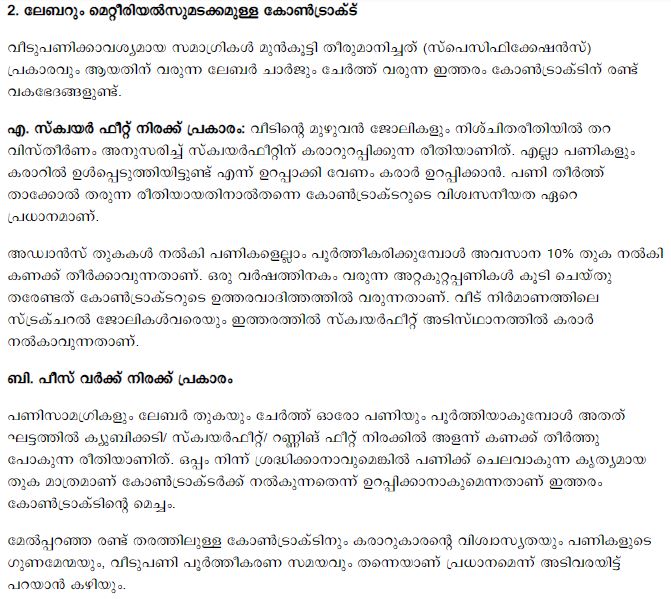 Cheap Building Materials for a New Home on A Budget

How to make RAM Pump?

How To Make Ubtan At Home For A Flawless Skin